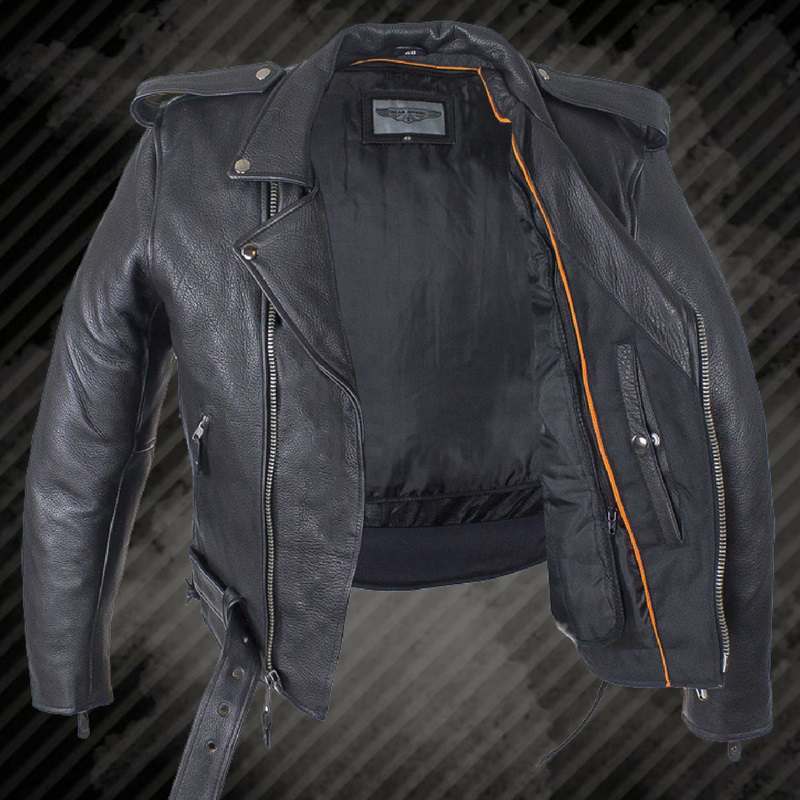 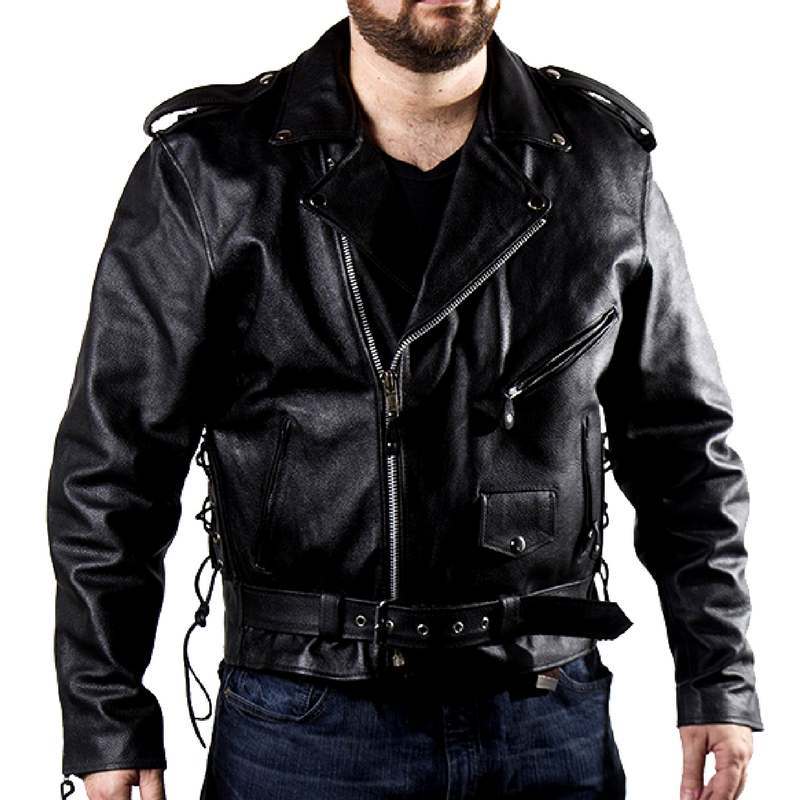 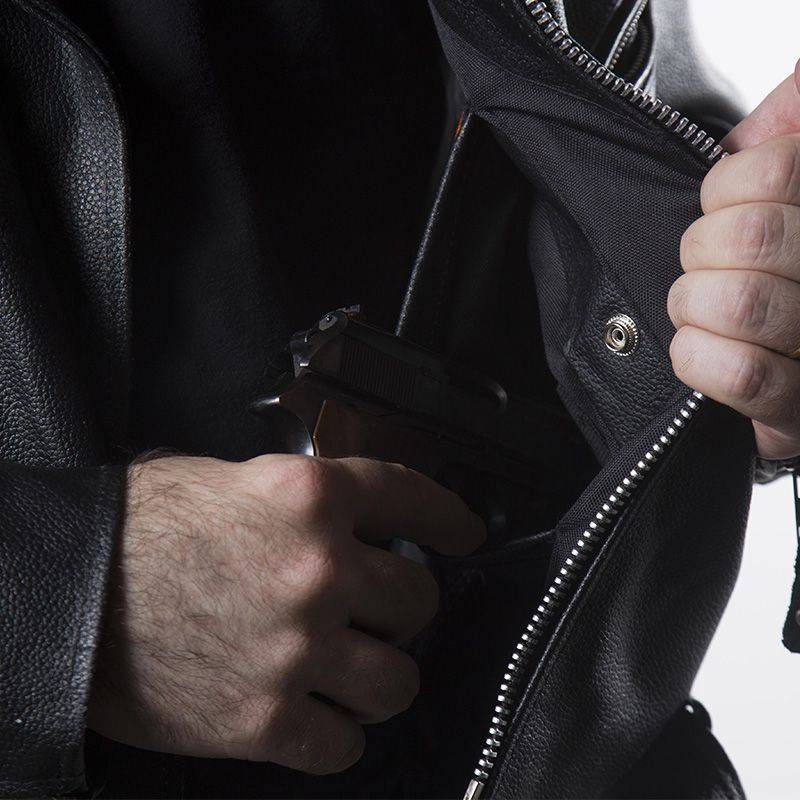 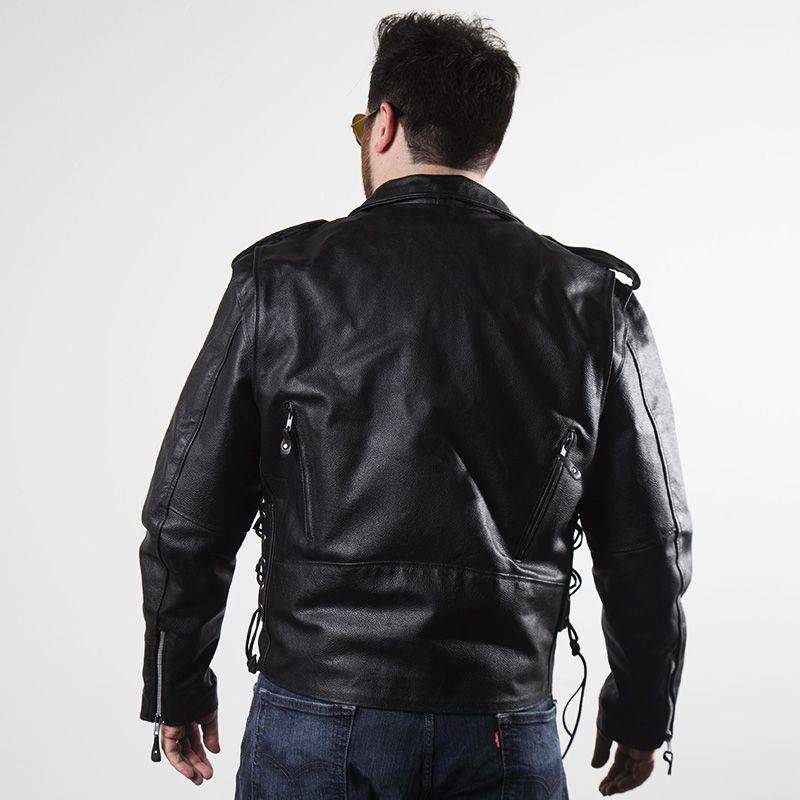 Previous Next
Sold out
159 reviews

Biker jacket allows
Biker to practice
Good ole’ American Freedom
and all that from a single pocket!

Biker jacket allows
Biker to practice
Good ole’ American Freedom
and all that from a single pocket!

Mark was at the convenience store, picking up some beer. He heard a man shout at the young lady behind the register.

His eyes pumped with blood, his heart raced. He knew he had to think fast. He did have an ace up his sleeve, after all.

So far, this was just another day. A LONG one.

After calling it a day at work, he turned on his v-twin music to head home (through the longest possible path).

A quick stop for a 6-pack, as always. Business as usual, so it seemed.

As it turned out, this was no ordinary day.

Mark took cover behind the beer aisle. He could see a man with a big knife in front of the cashier

What no one knew: Mark had his Glock 19 in his jacket's concealed carry pocket..

He held the robber at gunpoint until the police was there, in about 6 minutes.

Both the cashier and the police thanked him for carrying in his jacket.

Mark brushed it off like it was nothing, got on his bike and rode off into the distance.

The whole time laughing to himself... because, unknown to everyone else, in his other concealed carry pocket he had his 1911.

You never know when you’ll need some good ole’ American Justice. And for the bikers who want to exercise their right and always be prepared, the Classic Biker Jacket is an unbeatable tool. 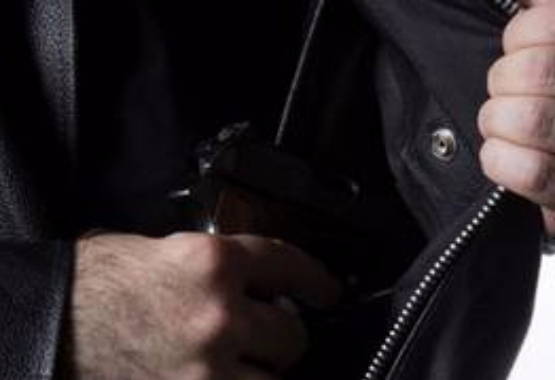 2 internal concealed carry pockets (one on each side) will ensure you are always prepared, whatever comes your way. 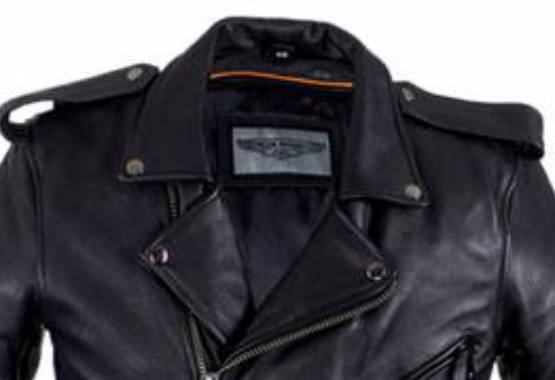 Both leather options are 1.3mm thick and are very sturdy - they will protect you should you slide.

Choose from affordable and dependable split leather, or go for the higher quality and softness of the premium naked cowhide leather 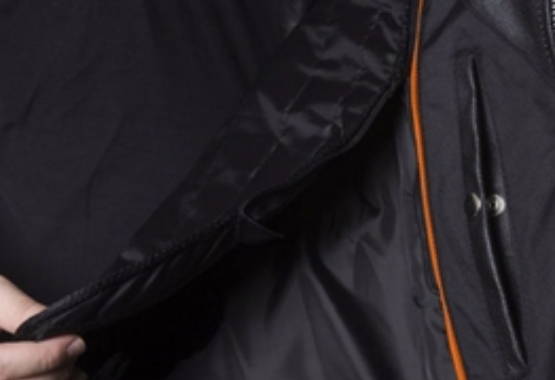 For Hot and Cold Weather

The zip-out lining adds an extra layer when it's cold, keeping you warm and protected - or can be taken off (all the way through the sleeves!)

This makes all the difference when you wear a full jacket on those hot, sunny days - especially when coupled with the next feature: 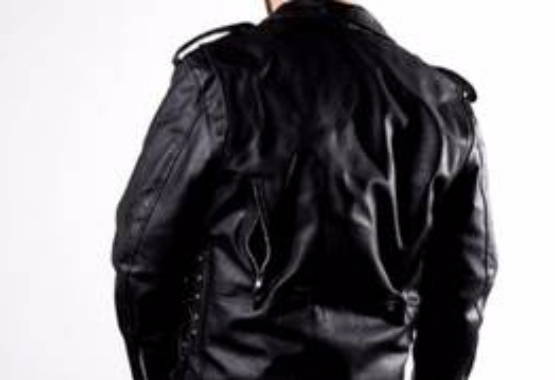 The zippered vents (2 in the back, 1 in the front) will create an air flow that will allow your body sweat to evaporate faster, keeping your body temperature down.

This allows for a much more comfortable ride during the summer - as long as you're moving (which is the whole point of motorcycling, am I right?) 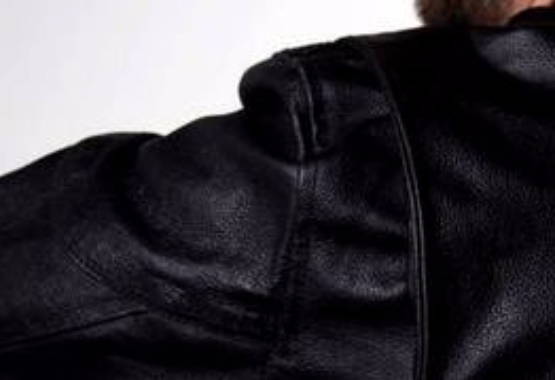 The last thing you want is a jacket that holds you back, making it hard for you to sit in the riding position for even some minutes (let alone hours)

The action back provides you with freedom of movement, especially when your arms are up on the handlebars. Say goodbye to that uncomfortable feeling of arms that just won't reach the bars. 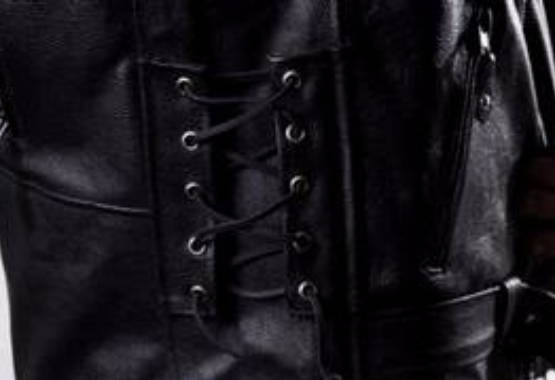 The side laces will provide that extra give for all of us who have invested a couple thousand dollars into sculpting our beer belly.

Decided you'll wear a sweater underneath the jacket? Just give it a little adjustment and you're ready to go.

Please measure your chest to find your appropriate size
If your belly is bigger than your chest, use that measurement instead.

Please measure your chest to find your appropriate size
If your belly is bigger than your chest, use that measurement instead.

I'll be 100% honest here: I wish I could ride all day, but a man's gotta pay his bills.
Working with products for bikers is the next best thing - I get to meet great new people every day and, to be honest, all the best people I know are bikers. Born 2 Ride changed my life

"Good to have the inside "gun" pockets and the adjustability of the fit is great.

Keeps me nice and warm on the coldest nites. Also like the fact that there's vents also built in for when the weather gets warmer.

It's a great product for a resonable price and built to last. You guys thought of everything with this jacket.

Thanks again and happy rides!"

"Attention to customer was excellent.

Was pleased that it was not a thin leather jacket but a quality thick leather jacket for a real reasonable price. Would absolutely recommend to anyone.
Thanks for your service and attention to customer service"

"Shipped on Monday...arrived on Wed. the fit was great.

That's about all a person could hope for in a motorcycle jacket.

Oh, before I forget...It looks really good too.

Got that classic old time look..Got my money's worth."

"I am very pleased and satisfied with my purchase. It fits and feels good. The best part is that when you remove the inner liner you do not loose the inside pocket as other jackets in the market."

Love it will order again thanks man! Helpful staff as well!"

Love my new jacket. Fits well and heaven forbid if I go down, it should give me a little protection from road rash. Love the pockets

The Jacket work out great, I actually bought it for my girlfrend - I have one just like it and it's really to small for me so I will be ordering one for me soon? in the right size. She loves it!
Thank You

Would buy again from these people they are the best ever! The jacket is great!

Split and Naked are both genuine Cowhide Leather types - all of our pieces are about 1.3mm thick. (motorcycle grade)

Naked Cowhide is a premium soft leather that are not grain corrected. That means they need to be hand selected for the best look and uniformity, and only the highest quality hides can be used to make naked leather products

Split Leather is the cowhide that is found below the top layer. It is a bit less durable then the top layers of the hide, but more affordable. They need to be sanded and embossed with the leather grain (which is a perfect copy from the naked cowhides) to have its finished look - and it looks perfect if a good job is done.

Q: What's the difference between split and naked cowhide leather?
A: Basically, naked cowhide is the premium option and split leather is a more affordable, but still great quality leather.

Q: Should I order one size up?
A: you have to consider that leather has no give - that is, it isn't "elastic" - so if your preferred size is a bit tight or if you intend to wear layers of clothing underneath the jacket, go a size up. 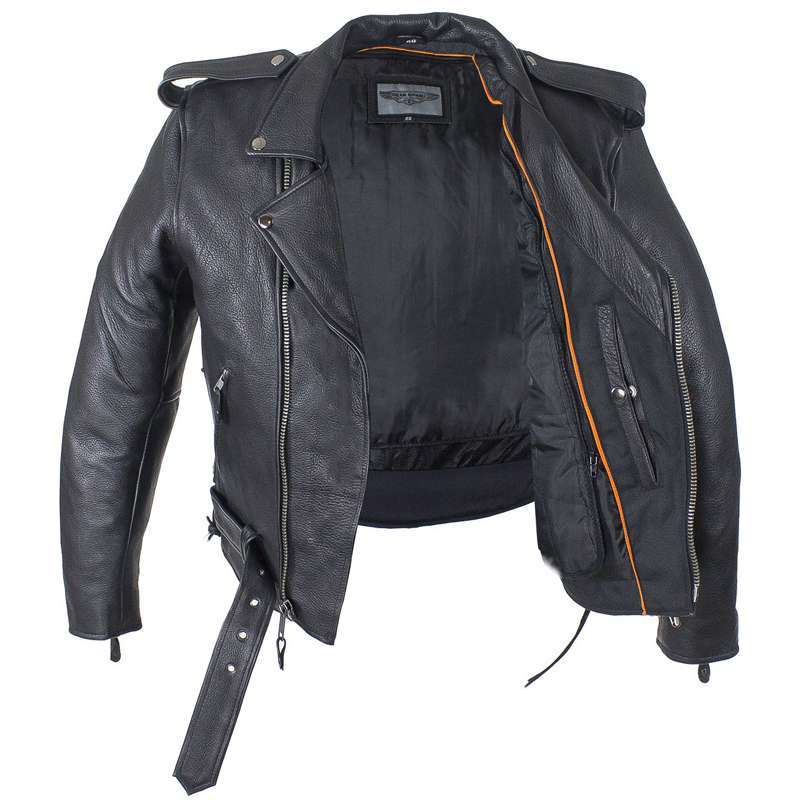 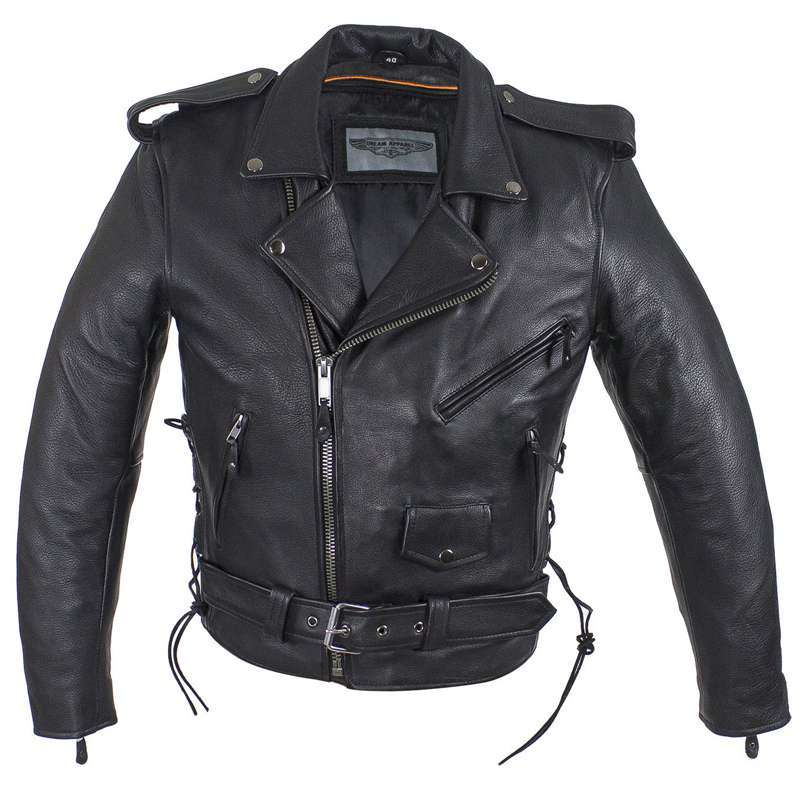 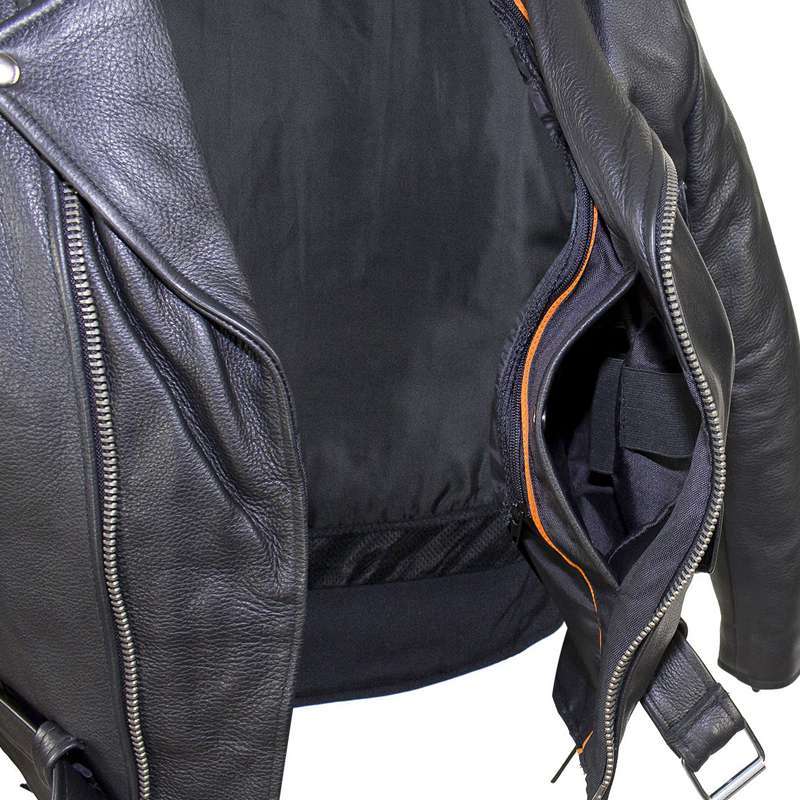 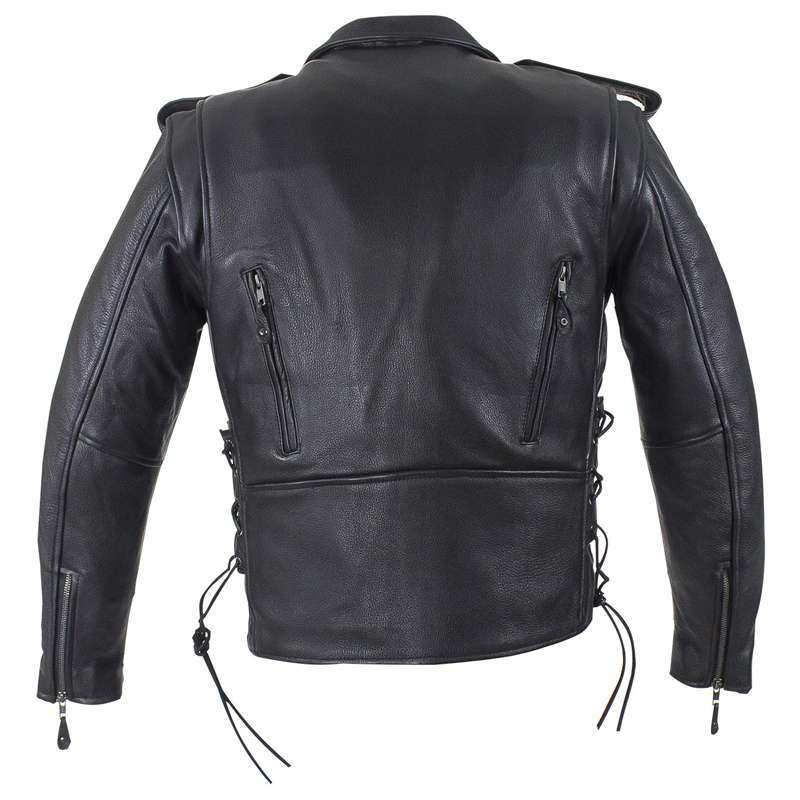 zippered back vents, for when you need it. That 1 piece back is bigass patch ready! 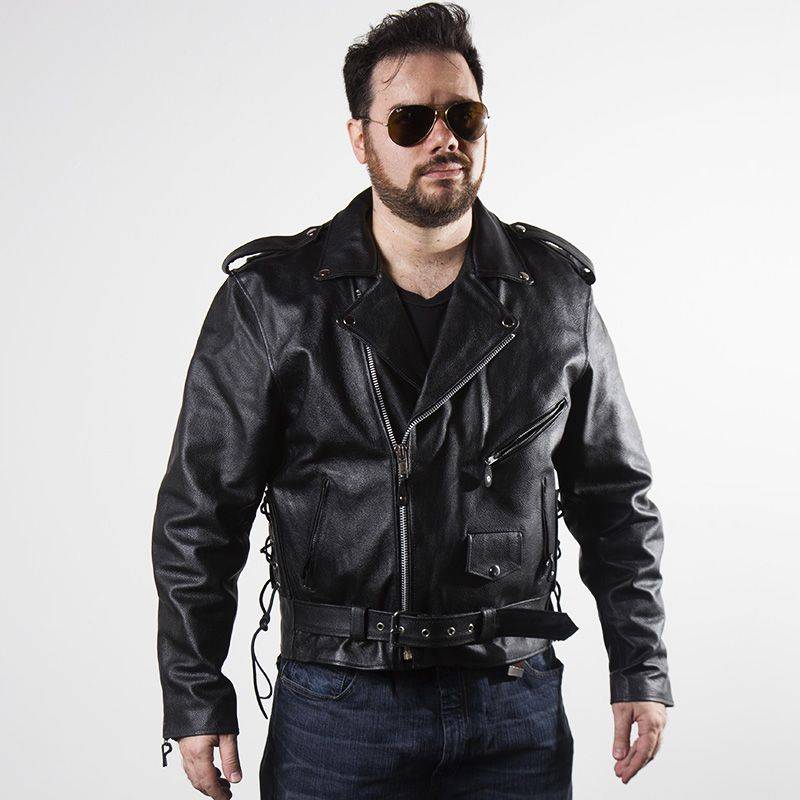 By the way, there's a gun in each pocket in this pic